Hi from Kelly! I wanted to share some highlights of today’s toastmaster meeting.

We had three terrific speakers today.

Nick Angelo gave another speech (#12) on his path.

Joel-Ann Mothersille gave her ice breaker speech about the type of nursing she has done and her future. It was a great ice breaker with a thought provoking question about our death.

The final speech was given by Ahmed Aly and it was about the change in the family dynamics over the last 40 years. It was another thought provoking speech.

Nick awarded the big fish to Joel and Ahmed for their speeches. 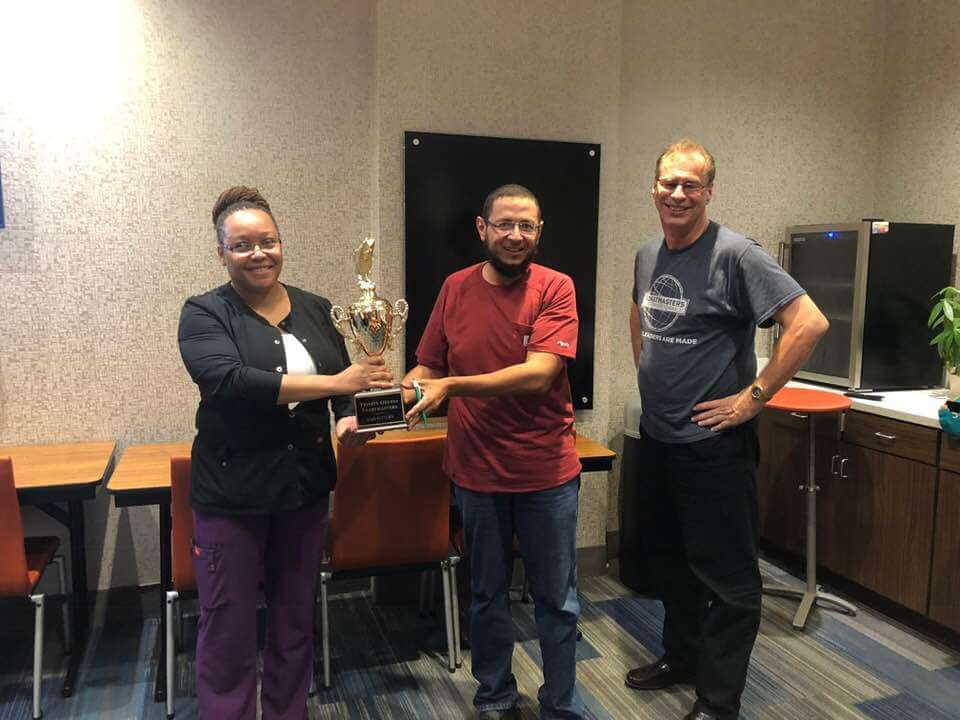 This entry was posted in Meetings, next. Bookmark the permalink.